The history of the Y Reg MINI from the numbers 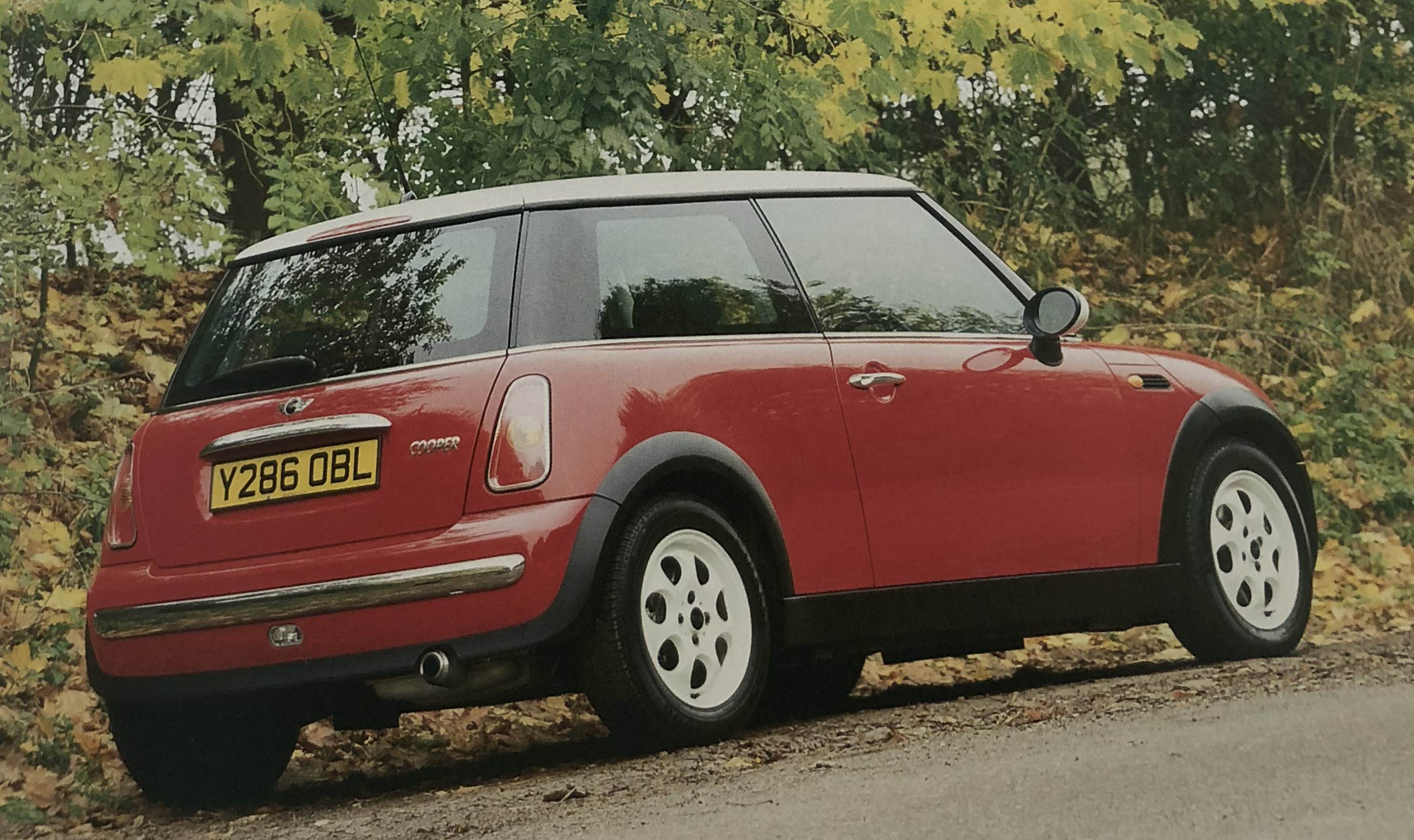 The new BMW MINI was launched at the Paris Motor Show on 28th September 2000.

Well it's time to meet the undisputed star of the show. For 2 years it's teased us with just the odd photograph to prove it's existence but at last the MINI is here and the crowds are here to see it...

...Perhaps a spell behind the wheel will put a smile on all of our faces, but we're going to have to wait for that because production doesn't start on the MINI until early 2001 at the Oxford plant and the first MINI won't hit the road until the summer of next year so it's going to be another long wait.

July 2001 sales of the new MINI began in the UK

It's clear then, that any MINI built or registered before the July 2001 is definitely a very early MINI and anything registered in the summer of 2001 amongst one of the first.

When I purchased my Y plate it came down to afford-ability as opposed to rarity but after owning it for a couple of weeks I started to realise how lucky I'd been to stumble across VIN 81. This made me want to find out more. Obtaining any sales data for this early period hasn't been possible but it is possible to download a dataset of vehicles registered for the first time by generic model by quarter.

It is these 3 data sources that I used to compile the following information about the number of Y Reg MINI's not only first registered but still around today.

Unfortunately the registration data is broken down by quarter. September 1st when the 51 plate was introduced falls into the last month of the third quarter. The tax and MOT data sources are designed for human consumption and don't provide an easily down-loadable dataset.

So the way in which I obtained the data was to first perform 12,154,833 web page downloads to query the Make, Model and Registered data for ALL cars in the database on a Y plate registration! I then only downloaded MOT history for Y Registration MINI's by again making web page downloads.

Therefore, there will always be a margin of error which must be considered. My data will not include any MINI's registered on a Y plate but subsequently transferred to a private plate for example. It is also important to remember these numbers are based on registration date and not build date. My MINI was built on April 25th for example, approximately 8 weeks before it was registered at the end of May.

So, just how many Y Reg MINI's were ever registered and how many still exist?

As can be seen from the above graph the first MINIs were registered in March of 2001. These appear to be registered directly from the Cowley factory in Oxford because they are all on a Y-LWL registration. The next batch of MINIs registered were registered in Bracknell from the BMW Head Office. These Y-OBL MINIs are the press and fleet MINIs. They were registered in May but we know from VIN information that many of them were built in April, mine VIN 81 on April 25th for example. Lastly come the MINIs registered by the dealerships, presumably demonstrators, in June and very lucky early customers in July and August. We can see the traditional pre-registration change drop in figures in August and then sales really take off from September on the new 51 plate!

In total, according the the available data, 634 MINIs received a Y registration. If we allow for an approximate 10% margin of error due to potentially inaccurate data and private registration plates it could be estimated the figure would be nearer to 700.

Below shows where in the country the MINIs were registered. Starting in Cowley, then Bracknell, many of the first dealership registrations were concentrated in London and then others were spread in ones and twos around the country.

The big question today is, out of those ~700 how many are still enjoying MINI Adventures today? Working with the available tax and MOT data, here is the list of 406 MINIs either taxed or on a SORN as of the beginning March 2018, 17 years after the first MINI was registered in the UK. The table is sorted by Registered Date and then Tax Status. Of these, 321 (46%) are taxed.

So as Keith Adams said over on AR Online Gotta Catch 'em all!

The downloaded data can be used to offer other insights into these early cars. I'm interested in how long each of them lasted, what's the average mileage increase, what's the maximum mileage and what exactly happened to the Y-LBL MINIs registered out of Cowley. I'd also really like to find a way of automating getting the VIN number and all important build date from the full list of Y Registration MINIs. More to follow...