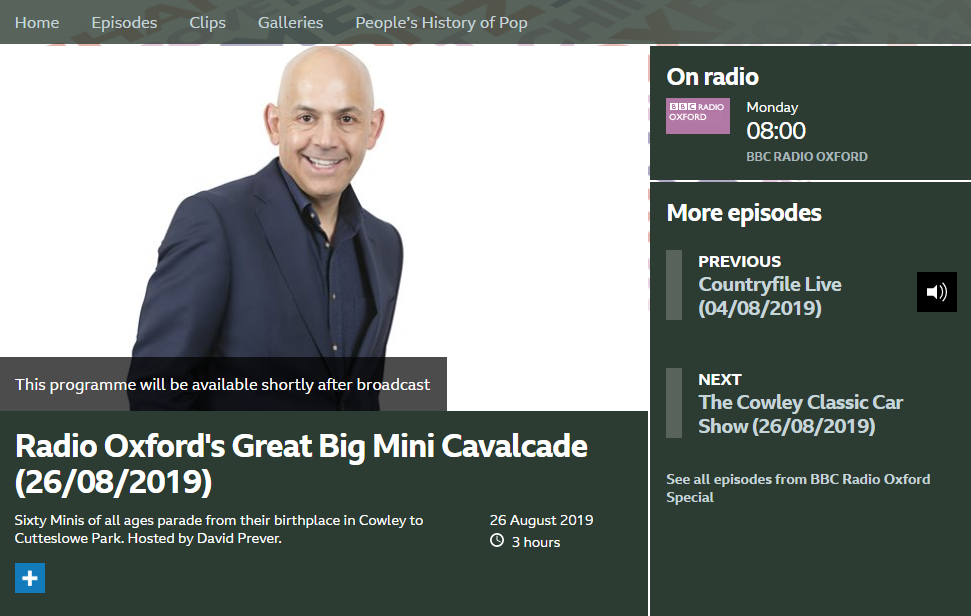 As part of Radio Oxford's Great Big Mini Cavalcade on Bank Holiday Monday, 26th August 2019, both classic Minis and MINIs will travel together from Plant Oxford in Cowley, around the city’s Northern Bypass to Cutteslowe Park for the Cowley Classic Car Show. Tanya Field, co-organiser said, “I’m really looking forward to the Great Big Mini Cavalcade. It’s a great way to celebrate 60 years of the Mini, a car which means so much not just to Oxford but to people all over the world.”

The event is being extensively covered by BBC Radio Oxford and more details can be found at the Cowley Classic Car Show web site. Along with Tanya another avid MINI Y Register member, Jerry Pennell, will be taking part. Jerry will be driving in the convoy in his recently purchased OBL press car, Y581 OBL.

Ahead of the event to promote the event Jerry was interviewed by BBC Radio Oxford. You can listen again via BBC Sounds. Skip forward to approximately 2 hours 38 minutes into the program to hear Jerry talking about his love of both MINIs old and new.